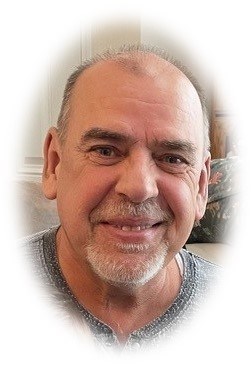 Zone 197 sadly reports the passing of retiree Roman Tomasikiewicaz on Friday, July 1. His obituary is as follows:

Roman Wlodzimierz Tomasikiewicz, age 67, passed away in the comfort of his home on Friday, July 1, 2022 in Raleigh, North Carolina. Born on July 15, 1954 in Poland; he was the son of Zygmunt Tomasikiewicz and Teresa Krukowska.

Roman grew up in Bolkow, Poland. It’s a beautiful town that sits around the base of a medieval castle that was built in the 13th century. Growing up he loved the great outdoors and anything that kept him outside. He loved playing soccer, volleyball, skiing, swimming, biking, hiking and exploring. Those passions, along with his love of music, playing guitar, and reading books about history, he would keep and follow throughout his life.

Roman’s adult life would take him on many adventures around the globe. His adventures started in Wrocław, Poland; where he started a family and had a son, Krystian. They then moved to Hamburg, Germany before moving to Cary, NC USA. A few years later, Roman would move to Latham, NY, where he would start his career with the Boilermakers Union. Roman loved to travel and explore new places, and meet new people. His career allowed him to not only live in upstate NY but later gave him the opportunity to live in different places in the northeast like New York City and Boston. In his free time he also loved taking his son on road-trips with friends, exploring new places everywhere from Montreal, Canada to Acadia, Maine.

In the last part of his career, Roman began working for a company that built American Embassies around the world. This allowed him to live and explore China, South Korea, Africa, Iraq, Austria, Ukraine and Taiwan, before he finally retired and settled down close to his son, Krystian and daughter-in-law, Chiara, in Raleigh, NC.

Out of all the adventures he had in his life, he said the best thing that ever happened to him was the birth of his grandson, David. He loved David more than words can describe, and in the short time they had together, they forged an unbreakable bond that will never be forgotten.

Roman is survived by his son: Krystian Tomasikiewicz and wife Chiara, of Raleigh; by his treasured grandson: David; by his son’s mother: Anna Derlicki; his sisters Mariola Tomasikiewicz-Moeller and Bozena Abramek and their families: and anyone who was lucky enough to call him a friend.

Family will receive friends on Thursday, July 7, 2022 from 12 Noon until 2 pm at Mitchell Funeral Home in Raleigh. Liturgy of the Word will be held at 2 pm in the funeral home chapel, with a committal service following at Raleigh Memorial Park.

In lieu of flowers, memorial contributions may be made to St. Jude Children’s Research Hospital.